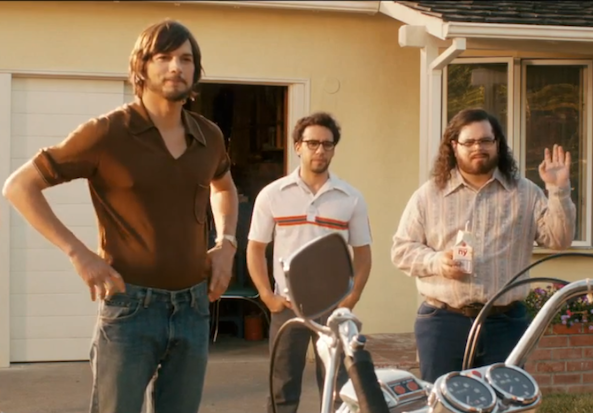 Since Control4 is headquartered in Utah, we're very much aware of the Sundance Film Festival when January rolls around. According to Google Maps, it's exactly 37.1 miles from our corporate offices to the film festival Robert Redford founded in Park City, Utah.

While many of us avoid Park City at all costs when Hollywood comes to "flyover country," there are plenty of Control4-ers willing to take the 40-minute drive to catch a glimpse of a star or two, to stand behind a famous auteur in Starbucks, or even to catch an edgy, big-budget movie that's been digitally processed to look like it was filmed on a Super-8 camera from 1972.

For those of you who haven't been paying attention, I thought it might be a worthy public service to make a list of the top five films playing at Sundance that I wouldn't mind seeing:

The only documentary on my list, this is Dave Grohl's directorial debut. The Foo Fighters rocker gets various rock icons talking about the legendary recording studio in Van Nuys, California. I love rock docs, and this one promises to be an interesting retrospective on California's version of Abbey Road.

A 70s-era twist on a Bonnie-and-Clyde story, this film features two criminals who are separated after a crime spree. I like Casey Affleck better than his brother Ben, and would love to see him in this gritty role. Plus, since this is Rooney Mara's first movie since she played Lisbeth in "The Girl with the Dragon Tattoo," I'm intrigued to see what kind of quirky performance she'll turn in with this role.

As a live-long geek, I must admit that I'm a fan of the "social outcast/ugly duckling turns out to be a beautiful swan" genre of movies. From all reports, Ponsoldt's entry into this well-established category of film is a new twist on the old category. Wonder how long it will take Chandler's character to recognize that Shailene Woodley is, in fact, a babe. Extra points for casting Salt-Lake native Mary Elizabeth Winstead.

A period whodunnit set in 1944, this film features fictional portrayals of the greatest minds of the "beat generation": Jack Kerouac, Allen Ginsberg and William Burroughs. Besides being Daniel Radcliffe's American film debut, "Kill Your Darlings" should be instrumental in exposing a new generation of hipsters to the work of these foundational poets.

With the passing of Steve Jobs and the publication of Walter Isaacson's comprehensive biography, public interest in Apple's founder is perhaps at an all-time high. It wasn't until fairly recently that I paid much attention to anything Ashton Kutcher did, but by all accounts he apparently captures Steve Jobs' essence in his portrayal. It's difficult enough to play a challenging, enigmatic personality like Jobs, and even harder to play one that is ultimately endearing. I can't wait to see this one.

On a personal note, I'm still waiting for my own chance to rub shoulders with the fancy people from Tinseltown. I've written exactly one screenplay in my life. The resulting film, "A Boy, a Girl and a Dead Cat," was featured at both the Hawaii International Film Festival and the Santa Fe Film Festival. But that was over a decade ago. Now that I'm so close to the center of the indie cinema universe, I guess it's time to brush up on my Syd Field and write another one.

What is your all-time favorite indie movie?
Tags: events for fun media
Previous
Next