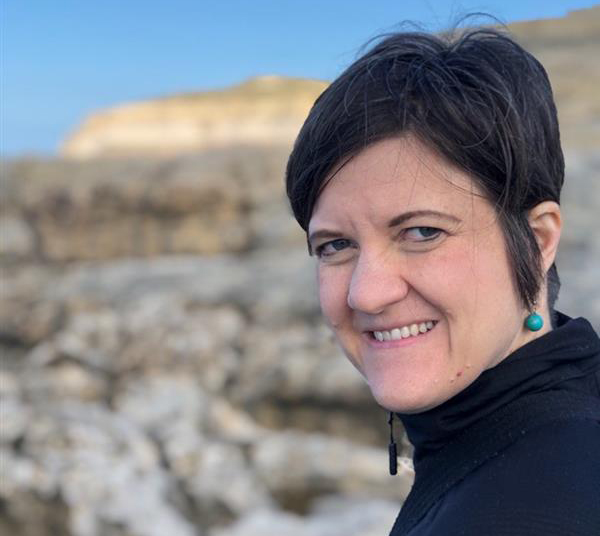 By Jamie Corpuz | Posted March 5, 2021
The Women in Tech group at SnapAV/Control4 is interviewing female colleagues to get to know them better. We’ll be featuring these interviews here, so keep your eyes peeled to see firsthand experiences from some of the folks behind the scenes at SnapAV/Control4. Today we’re sharing an interview with Product Manager Margie Meyers, so keep reading to learn more about her work at Apple, her thoughts on making workplaces that work for women, and more from her experience during twelve years in consumer electronics.

What does that entail?
I’m responsible for developing a path for our partners to sell light fixtures and manage colored lighting in the home, really cool new initiative. I am LOVING lighting. It has a power to bless the lives of our homeowners in profound ways. I just left leading the interaction devices team, where I launched Neeo remotes and T4 touchscreens.

How long have you been in the industry?
I’ve been at C4 for 3 years, but I’ve been in consumer electronics for 12 years. As a product manager, I’ve spent my career creating innovative handheld products for customers to better control their lives. I started as a mechanical engineer creating titanium hinges for Air Force satellites. I was then a consulting engineer at Apple for four years, where my work led to the invention of Apple’s haptic trackpads, decreased iPhone screen thickness by integrating the touch sensor into the display, and the MacBook Air. I spent two years at Cricut in Utah developing advanced machines for crafts. I have a BS in mechanical engineering and an MBA in marketing and strategy from Brigham Young University.

How did you get into the industry?
My last job had a copy writer that had created the C4 magazine. I saw the magazines, which was the first exposure to C4 outside of seeing it in a friend’s house. Joined with the goal of making electronics the most beautiful thing you could see in a home, not the cheapest.

Do you have any advice for women who want to enter the field, or are just getting started in their careers?
From a tech point, I would say, one of the hardest things is you kinda get intimidated by just the tech aspect of it. But I think if you can really focus on the benefits that the tech is providing, you don't need to know how you're doing it. Really invest yourself and understanding what is the benefit that the customer is getting from this technology and then get really passionate about the solution that you're offering. Again, the means of how you're doing it, you can figure out and you can just learn over time. You don't need to be intimidated by all the engineers and all the engineers-speak. Engineers often don't understand the customer side. Focusing on customers is something that you can do no matter what field you're in, and it can be a really handy way to make it through.

What’s something we don’t know about you?
My husband writes and illustrates children’s books. So, there are lots of silly pictures on the walls of my house and silly books on our bookshelves. Additionally, we just had our first baby girl who is seven months old.

How is it been adjusting to Parenthood in the middle of a pandemic?
It's been amazing because when I was pregnant, I was like, “How am I going to leave my baby at home when I'm at work; it’s going to suck.” My husband watches the baby here in the day, but I just love that I get to go upstairs and see her. I mean it's great; pumping milk is so much easier in your own house than having to go to a special room at the office. I don't know how I would handle having a baby not in a pandemic. Being able to take a nap in the middle of day when you’re nine months pregnant at work, it's hard at work, but it's easy when you're in your own house. It’s been a great blessing for us, we’ve felt really grateful. We were trying to get pregnant for like 10 months or so before we actually got pregnant. What if we had had the baby nine months earlier? That would've been the end of 2019, in the office. We just feel very blessed that we had her when we had her.

Have you ever had any issues in the workplace due to your gender?
Yes, When I was in MBA school, they were always getting us unisex t-shirts. So, I went to the director of our program and said I had a present for him. He opened it and in the box was a women’s t-shirt. He said thank you and assumed it was for his wife. I corrected him and said it was for him. When he said he was confused, I explained that that was how we felt every time that we were given t-shirts from the program and recruiters. Because you say you want us and you say you value us, but everything you give us says otherwise. I’m happy to say that whenever I attend BYU functions as an alumnus, I find a table full of women’s t-shirts.

Did you have female mentors or leadership that impacted your career trajectory?
I was blessed to work in Silicon Valley as an engineer. Now I'm product manager, but when I was a mechanical engineer, there were women there, and they were phenomenal women. One of my engineers at Lockheed Martin was a woman and she was a great example to me. Then at Apple in the laptop group, my immediate boss was a woman, she now leads engineering for Oculus Rift, Facebook’s virtual reality group. The head of the whole division, Kate Bergeron; they were just such great examples. There were two other female managers in our engineering group, and they just were phenomenal managers and it just made me think, “Gosh, women make really good managers.” But it was also a very fake picture of the world. As I left, especially coming to Utah, there's no women managers; you don't see women managers anywhere. Then I came here and you’re the only woman on the floor of your building. Having women managers really makes the world feel accessible; when you see that modelled, it's really wonderful. I remember Kate, who was the VP of hardware, she was doing an executive MBA at the time and I remember talking with her about what she was learning in her MBA course, and it was just really cool. I was like “This is a mother of two, leading this huge organization, and she's going back to school to get an MBA”.

What do you think is so great about women managers particularly?
You know, I don’t know. Sometimes women are caricatures of men, in that they feel like they have to be more of a boy than a boy. I don't feel like these women were like that, I think they were just unabashedly themselves. I love seeing that it was normal and natural to have a woman as the head of a big division. Kate would, I think she was a triathlete or something and so she would sneak in a long bike ride at lunchtime, things like that were just; “What a great example, that’s so awesome.”

What do you think the best thing women can do to support each other is?
Give each other a break. Women tend to judge each other more harshly than we judge men. We are a product of our culture and it is up to us to change our thinking. I often say to myself, “I’m not responsible for my first thought (usually created by culture,) but I am responsible for my second thought.”

What do you think is the biggest challenge women in our industry face?
Being taken seriously. On multiple occasions setting up a tradeshow, multiple vendors would come and hand me packets because they would assume that since I was a woman, I must be setting up the trade show.

What do you think people can do to help get more women into STEM fields?
I don't know the answer to that. But I know that I have seven months old daughter. I know that I'm so excited to teach basic physics things to my child, like cantilevers. I already want to take a piece wood in the backyard, put it on like on the ledge and be like, “Oh, look it falls! But how much weight do we have to put on the end to make it not fall?” Things like that I'm so freaking excited to do with her; teach her how electric motors work. I think you need to know some science. I think if you want your kids be interested in science, you need to be interested in science. I think just opening that up for kids, being excited about them being in math or science. I think some kids have certain knacks for technology and I don't know if you can develop it, but I think if you see a spark, run with it. Luckily, my parents never dissuaded me from that kind of stuff. I’d get the screwdriver out and take a remote control apart. I think if kids have an interest in anything like that, then expand it. If they don't, just leave some breadcrumbs for them.

What do you think is the biggest challenge facing the next generation of women?
I think we have…..I think systemic racism, I think that’s a really big thing. I think there’s systemic racism, I think there’s systemic sexism. I’m reading a book about this called “The Fix,” we tend to think that women need to fix themselves to be in the workplace ; you need to change; you need to do things differently. I think the workplace needs to change to better accommodate women. What is nurturing and good for women? The workplace is hard for women because it was made by men for men, and tends to be white, straight men that have a wife at home doing things for them. I think my hope is that this pandemic where people's home and work lives have gotten so squished together will help us craft workplaces that are more conducive to women and to femininity. But I think male leaders really need to have their eyes open to how they’re blind to the environments that they've inherited and that worked for them and so they don't notice it and don't change it. I think we need to create a better world for the girls that are coming up behind us. I’m grateful for the women 10 years older than me, who created a workplace, who blazed trails for me, and I hope that I am blazing trails for the woman 10 years younger than me.
Tags: women in tech women tech council
Category COMPANY
Previous
Next