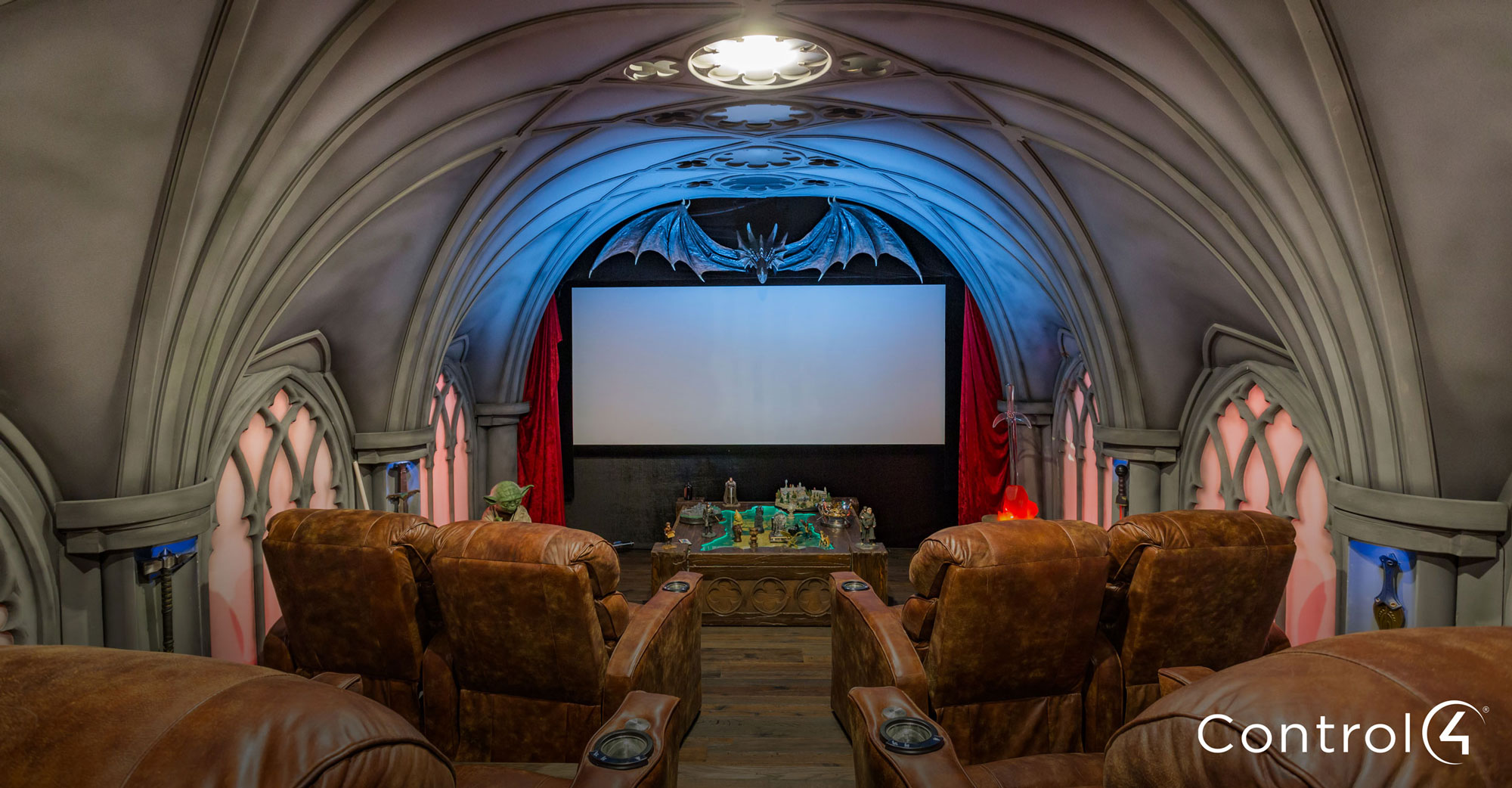 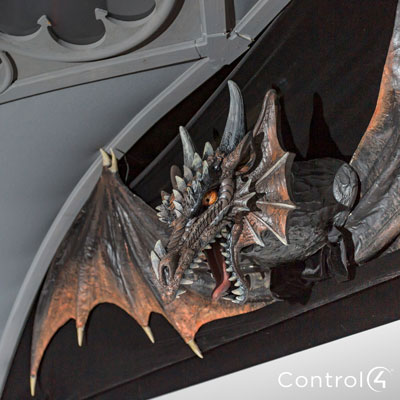 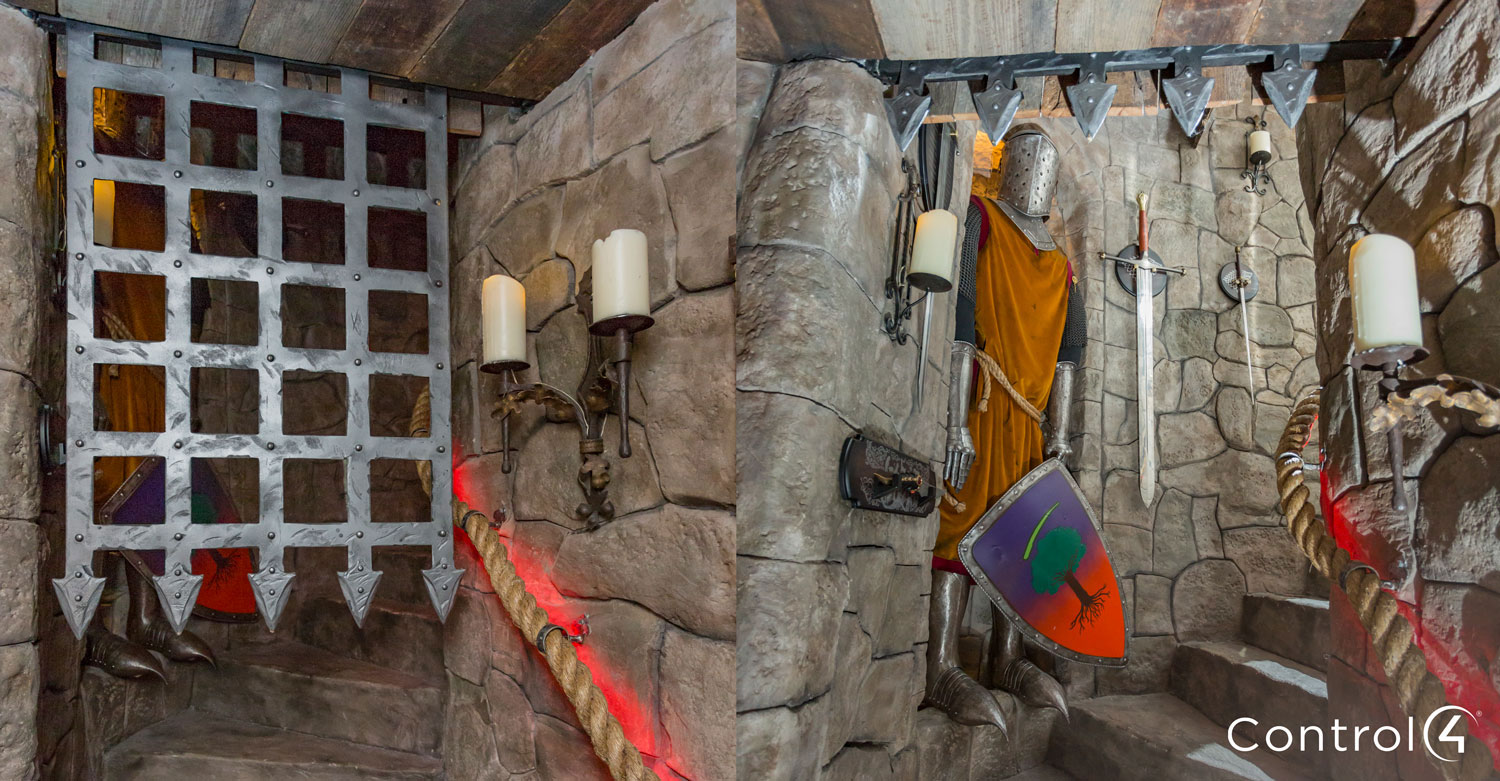 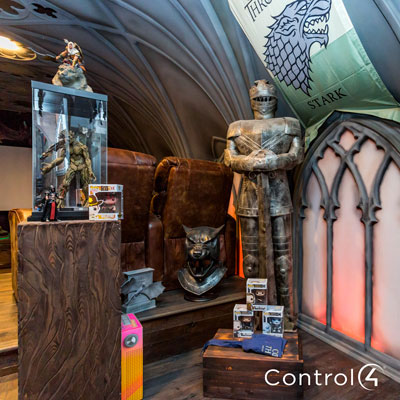 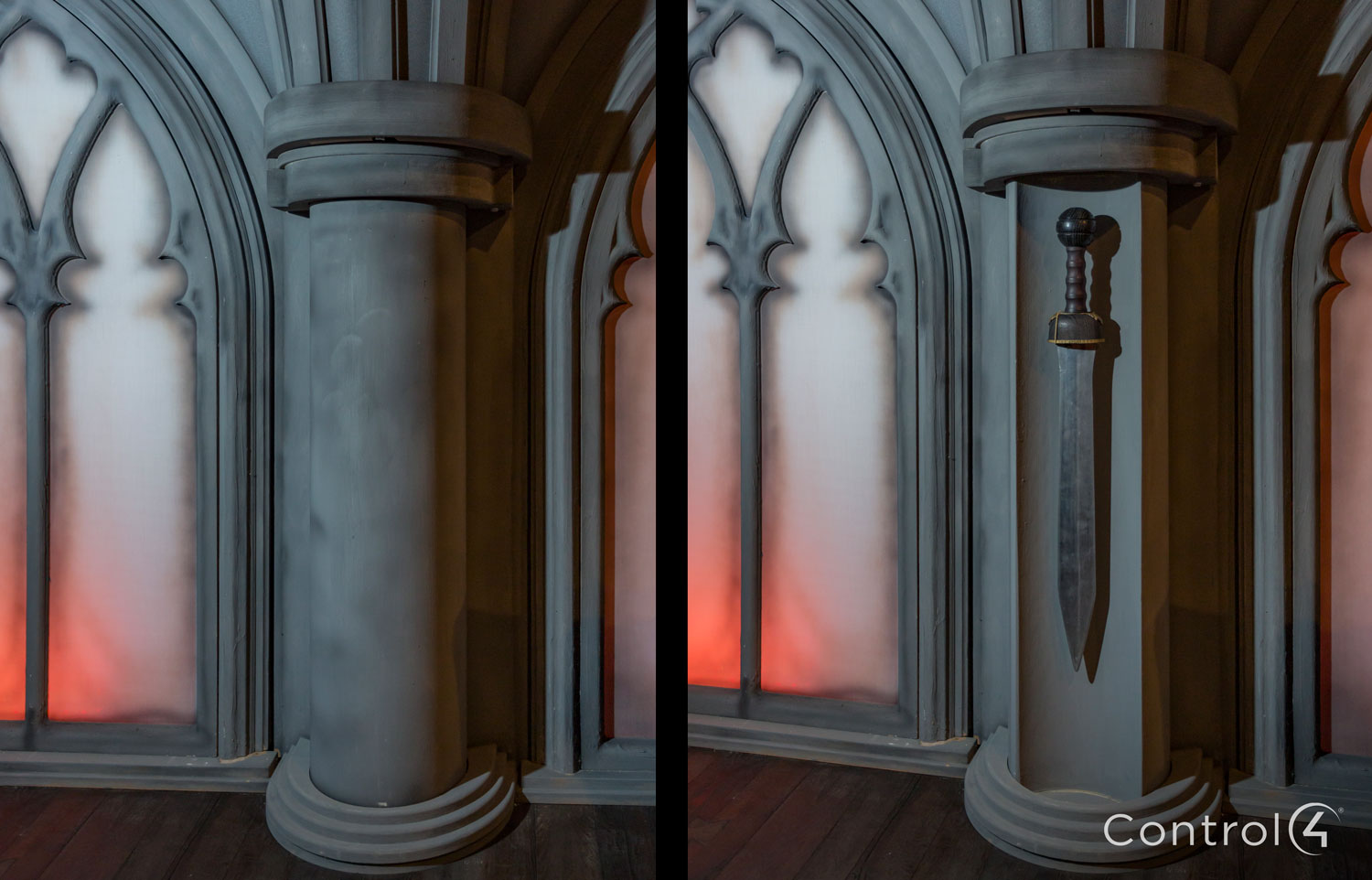 The theater also includes a coffee table with a CNC-machined (computer numerical control), back-lit map of the Game of Thrones world. Knocking three times on the coffee table unlocks and opens it to reveal the customer’s hidden gaming consoles. The designers also built wings for the customer-supplied dragon head, which are mounted on the wall directly above the projector screen with eyes lit by pin lights mounted on the projector for visual effects, and a full suit of armor cleverly named “Ser Duncan the Tall” stands on guard at the rear of the theater. 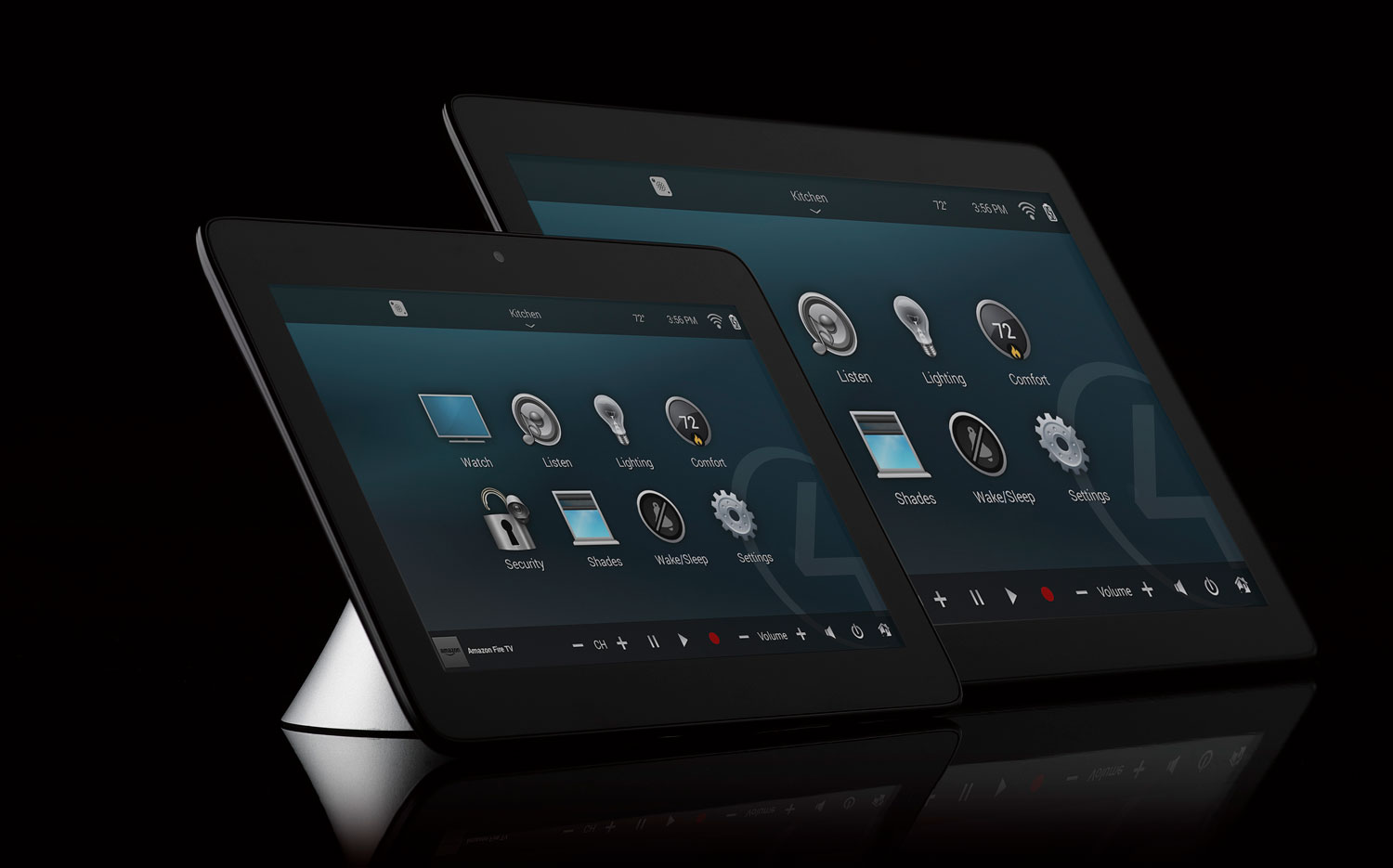