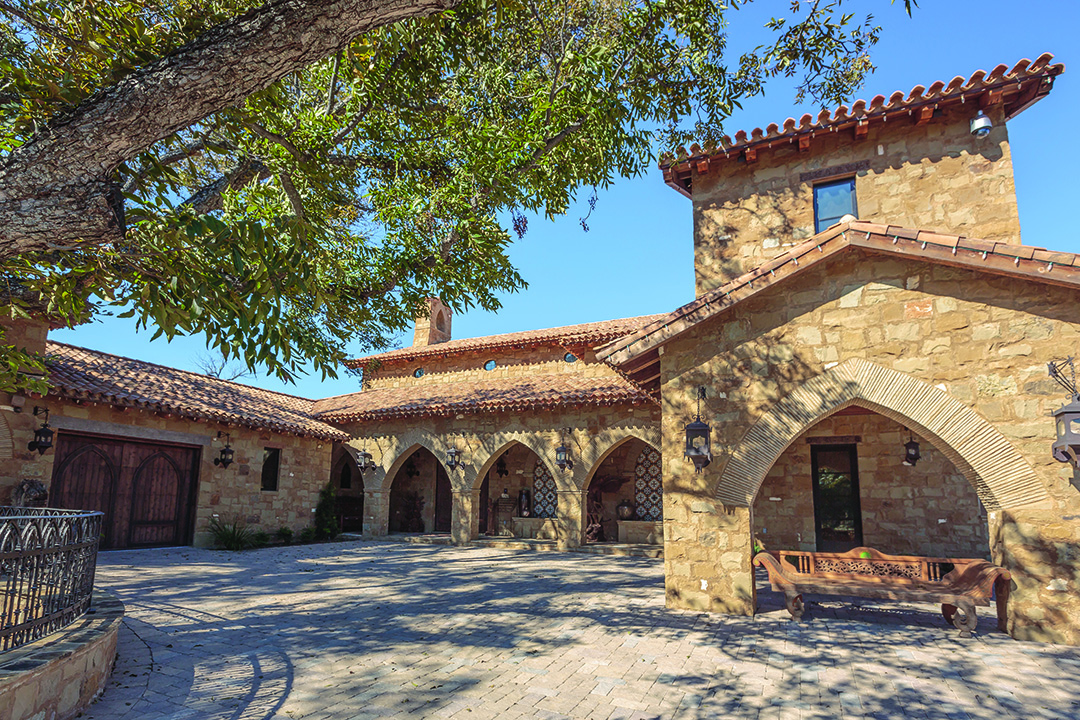 FIT FOR A KING

Automation gives a Texas homeowner the power to live happily ever after.

They say a man’s home is his castle. But sometimes, a man’s home is a castle. That is nearly the case with Ronnie Harpe and his magnificently massive residence in Horseshoe Bay, Texas. It’s a 10,000-square-foot beauty, featuring towers, giant statues, and a boathouse. It’s a Shangri-La in the Lone Star State, and it’s the kind of residence fit for a king—or, in this case, a very successful businessman with exceptionally high standards.

“It’s a very special place,” notes Ronnie. He's spent the past three years planning and building his home on a large lot in the Escondido Lake and Golf Club in Horseshoe Bay, about 50 miles west of Austin. After starting the project, however, Ronnie decided to go bigger. He bought the lot next door and doubled the size of his house design. The result? A truly stunning residence that delights around every turn, including a snazzy outdoor kitchen with a wood-burning oven capable of cooking an Italian pizza in minutes at 800 degrees. 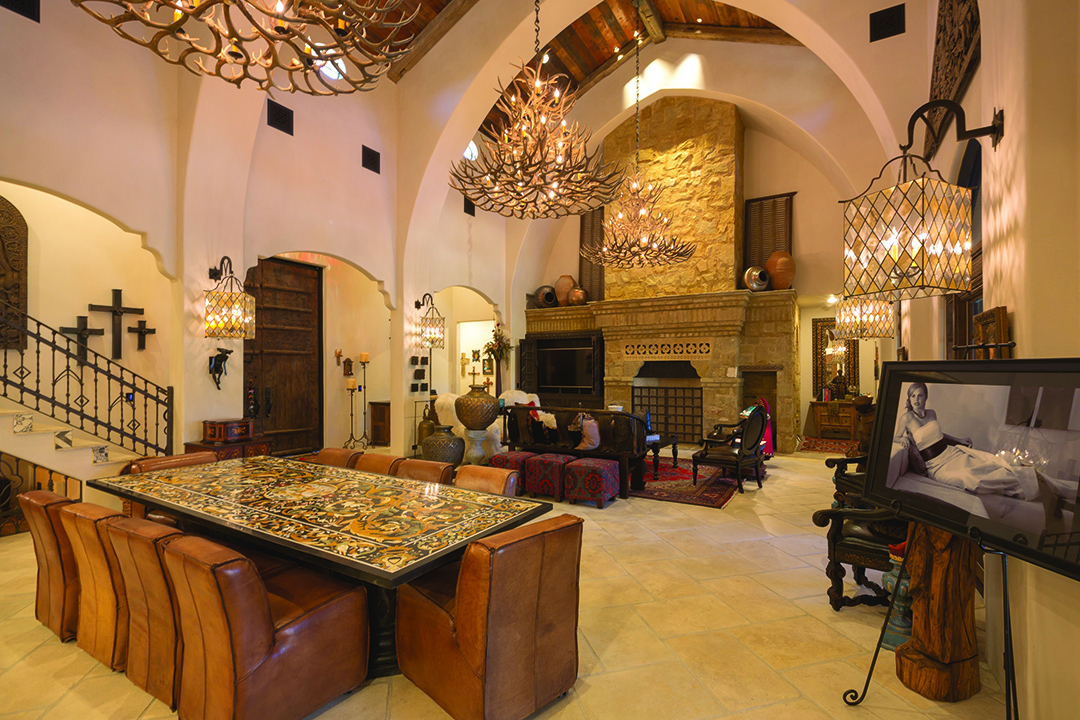 Touring the interior is like wandering through a museum of international design. Every nook and cranny of the six bedrooms and 11 bathrooms are filled with eclectic treasures from around the globe—a stockpile of souvenirs amassed when Ronnie and his wife owned a home furnishing business. There are Indian rugs, paintings from Pakistan, Moroccan tiles and columns, huge chandeliers constructed from antlers, and even a 100-year-old Chinese wedding bed. It’s a weave of international curiosities, boasting bright colors and bold statements. Every detail is intentional, right down to the custom-built and custom-hammered copper kitchen hood. And it all comes together to make a unique aesthetic statement.

“We don’t do anything traditional,” Ronnie notes. 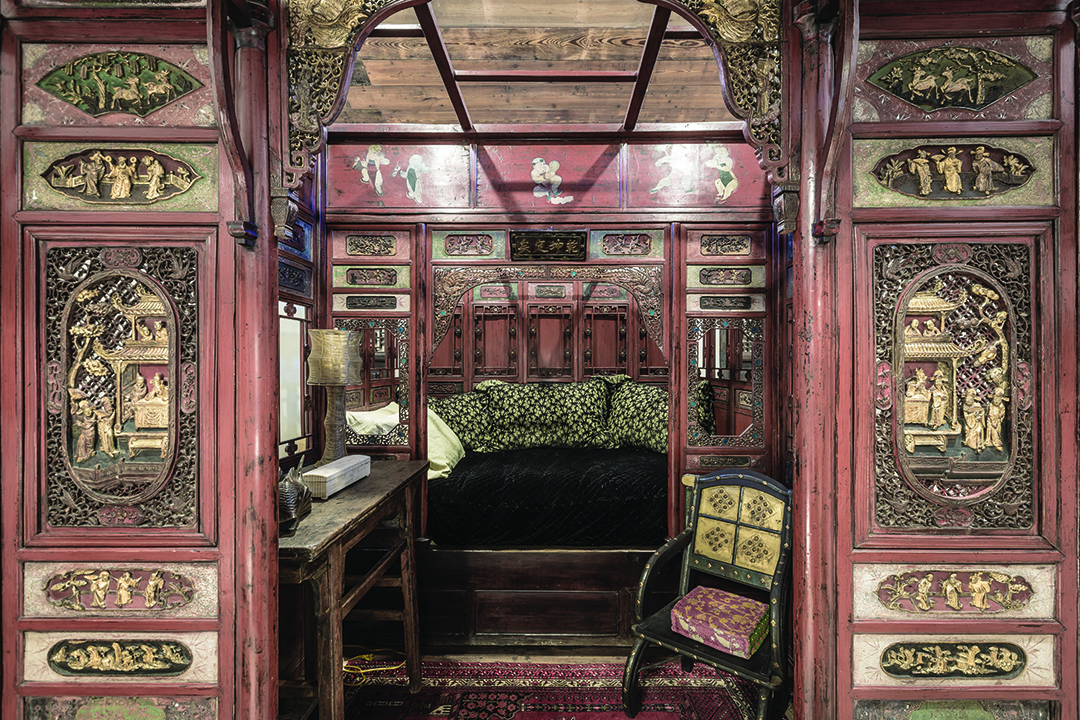 There’s no doubt that a house like this was built and is run by someone who knows what he wants. “I’m a control freak,” Ronnie admits.

And the perfect complement to a home like Ronnie’s? An automation system that gives the homeowner the power to control every detail.

With a house of this magnitude, Ronnie knew he wanted the best automation system to help control the home. He saw other systems in action in other people’s homes— both good and bad examples. “I saw the problems and heard the horror stories, so I was pretty cautious,” he admits. Ronnie explored several options but eventually chose Control4, primarily because of its adaptability. “Some of the other systems were really in their own world,” Ronnie says. “You have to buy only their products for it to work. With Control4, you can use all kinds of add-ons and other products, and it all works together, easily.” 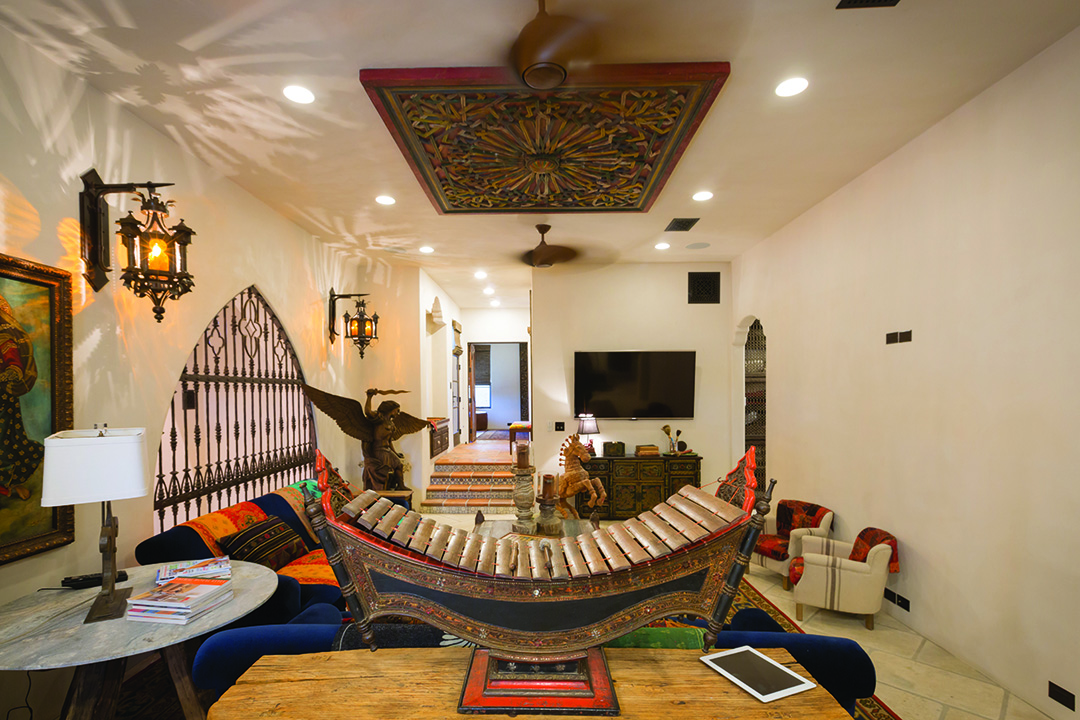 Ronnie commissioned Satellite Station Fire & Security to build the system—and what a system it is! “This is a very, very big project, probably our biggest project,” notes David Root, the installer. The system features two full-size, seven-foot racks that run 19 televisions, 16 audio zones, 14 security cameras, six In-wall Control4 Touch Screens, two Control4 Tabletop Touch Screens, three Door Stations, 126 Centralized Lighting circuits, and several ZigBee circuits. It’s a huge system that, David admits, was a bit intimidating at first. “The biggest challenge was just the sheer size of the project,” he says. “But as we started putting the equipment in and seeing how things were coming together, I got more comfortable with it.”

Ronnie directed David and his crew to go all-out. So what did Ronnie automate? “What didn’t I automate?” he jokes. The pool, lighting, music, audio and video distribution, three theater rooms with surround sound, outdoor lighting, Door Stations with video security, and even the Christmas lights are included on the system. “I don’t know of anything else we can automate,” Ronnie laughs. “I guess we could get the toilets to flush with my iPhone, but that’s about it.” Large vases that flank the outdoor pool can spit fireballs at Ronnie’s command. The Door Station at the front gate alerts Ronnie to visitors, whom he can allow entrance (or not) with a touch of a button, which opens the grand front gate. Ronnie can turn on the outdoor firepit—or any other light or heat source in the home—from his phone. “This house was made for entertaining,” he notes. And automation helps Ronnie and his wife party in style: They use several lighting scenes to instantly set a morning or evening mood in any room in the house. 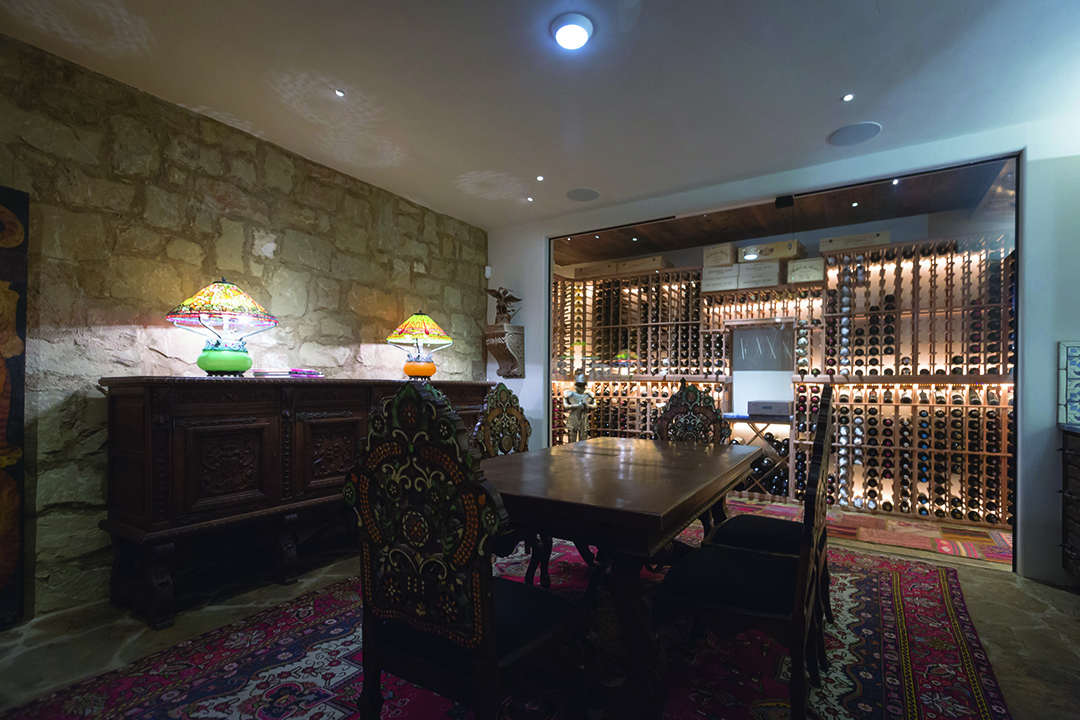 It’s a fairytale house, no doubt, but the real magic happens on the lower level. Here, you’ll find a beautiful wine cellar (accessible from the butler’s kitchen by elevator) and, behind some unassuming bookshelves, a secret man cave straight out of a James Bond movie.

“That’s where the guys go and hide,” Ronnie laughs. The ultra-masculine lounge features a 750-gallon aquarium, three TVs, and heavy-duty blinds that cover the windows and shield the room from outsiders. Why did the homeowner go to such extravagant ends for a man cave? “Because I could,” Ronnie says with Texas charm and a smile.

Every homeowner likes to fine-tune their automation systems to their liking, but Ronnie takes it a step further and makes the type of technical adjustments with the Control4 software that are typically done by a professional. For instance, Ronnie’s three dogs got accustomed to the doorbell sound and would bark loudly when it went off. “My old doorbell just freaked them out,” Ronnie notes. So, Ronnie went into the system, changed the tone, and now the dogs don’t make a giant racket when someone calls from the front door 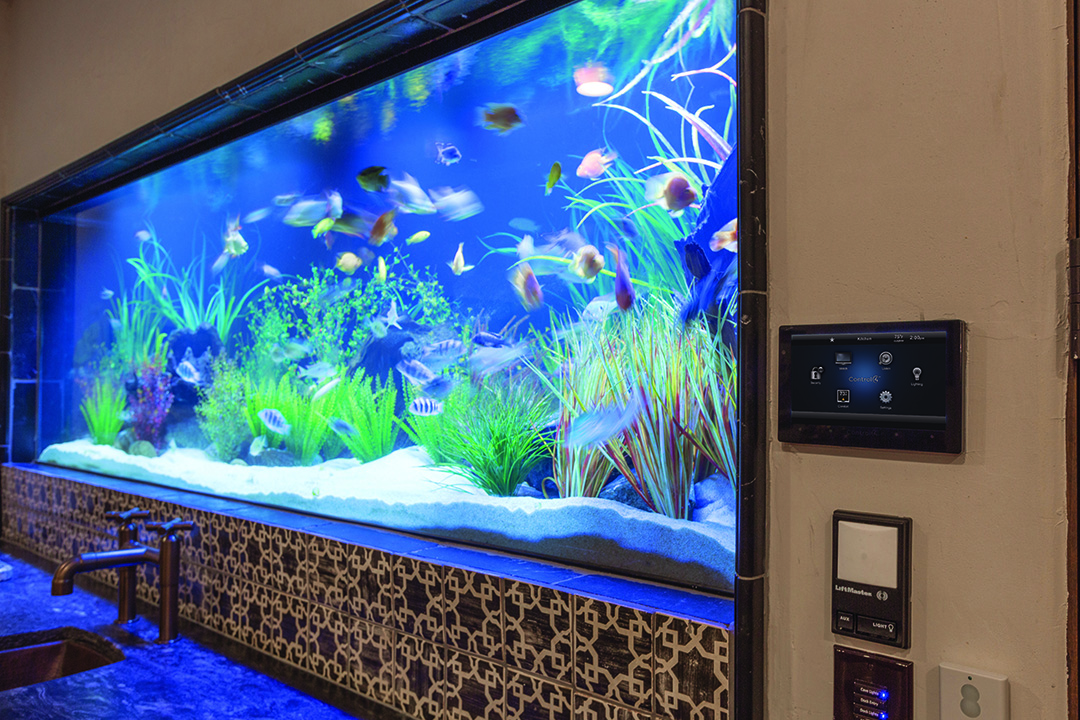 So, is this self-admitted power-hungry homeowner content with his system? In a word… very. “I know Ronnie is happy,” David tells us. “He lets me know when he’s not happy. He understands the complexity of what we’re doing. He’s very happy with it. Every time I come here he always has something new for me to add to the system. He just keeps adding stuff!”

Ronnie agrees. “If you look at the whole scale of the house and what the automation system cost, it was well worth it. If you’re not happy, it ain’t working. It works. I’m happy."