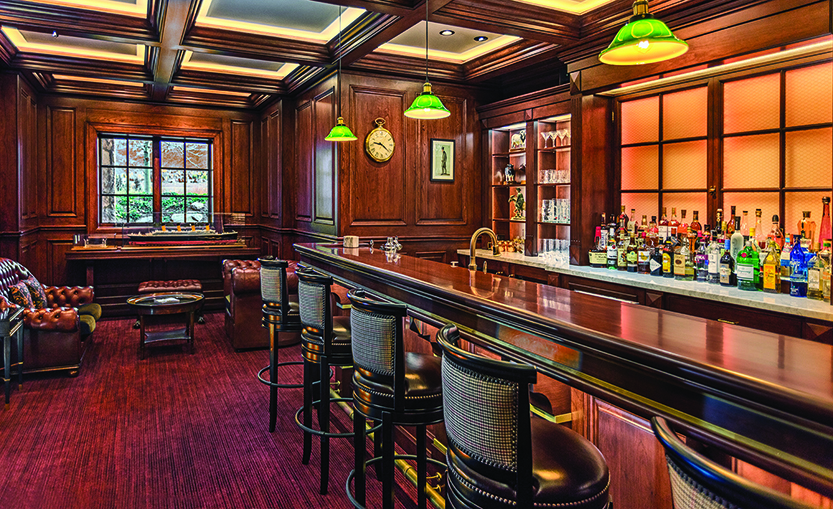 Video and music are a given in any pub, be it an establishment in town or in your own home. But a safe room? Not so much.

A secret button tucked underneath a statue of Ludwig Van Beethoven that reveals that room? That’s even more unusual.

Biometric technology embedded in that button that scans and reacts to the fingerprint of only a few certain people? Now that’s one high-tech bar.

In the midst of renovating their 6,500-square-foot home, the owners of this space pulled out all the stops and incorporated high-tech touches throughout the residence. The newly added bar area, though, received the royal treatment, thanks to the creative minds at Futurian Systems.

BEETHOVEN AND SINATRA UNLEASH THE MAGIC

“The homeowners are very tech savvy and wanted something unique for their new ‘Old English Pub.’ Their request was very specific and straightforward: they wanted this to be the nicest home bar in all of Vail,” says Futurian Systems president, Jeremy Beck. “Over the course of the construction, wiring, and design of the bar area, we collaborated with the homeowners to develop some solid ideas in terms of the technology that would be incorporated. The biometric scanner adds a sense of mystery and makes this bar like no other.”

Stationed at the end of the bar, the statue of Beethoven sits atop a pedestal. Pivoting the bust backwards slightly reveals a button that, when touched, unlocks and opens the safe room door. 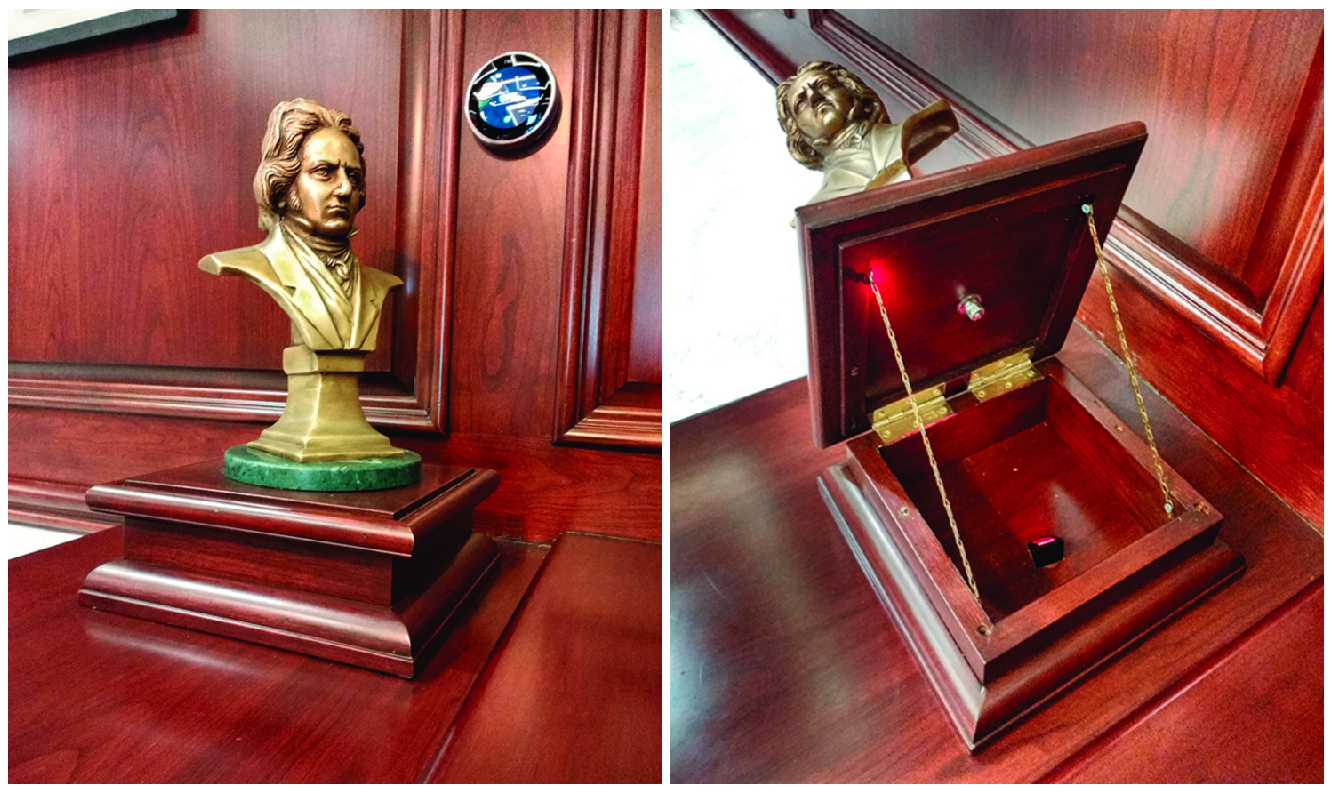 Beethoven holds the "key" to the safe room.

The statue of Beethoven inspired other innovative high-tech twists. For example, when the owners press a button labeled “Entertainment Mode” on a handheld Control4 remote, wall-mounted Control4 touch screen, or on the Control4 app on a mobile device, Beethoven’s Symphony No. 5 blasts through a pair of bookshelf speakers. Joining in are colored LED lights behind a pane of glass at the front of the bar, and fixtures that brighten and dim automatically to the owners’ preferred levels. In an instant, the room is ready to entertain family and friends.

While Symphony No. 5 sets the scene, the owners can easily switch to a different piece of music by using one of their Control4 devices to access their favorite streaming music services. One of their favorites, says Beck, is Frank Sinatra, so Futurian Systems created a special “Frank Sinatra” button that pulls up the Frank Sinatra Sirius XM channel.

To add video to the mix, another tap of a button activates the 40-inch Samsung 4K TV mounted to the wood paneling at the side of the bar. Futurian attached the TV to an articulating wall mount that allows the TV to be pulled away from the wall and swiveled in all directions.

Futurian didn’t stop at providing only entertainment in this bar, however. From the same control devices that provide access to video and music, the owners can operate the security system, control all lighting throughout the house, and direct music and video to other speakers and TVs in other rooms.

The words of Beethoven are applicable to the technological art that was tweaked and perfected in this home to excite and impress its owners: “Don’t only practice your art, but force your way into its secrets.” 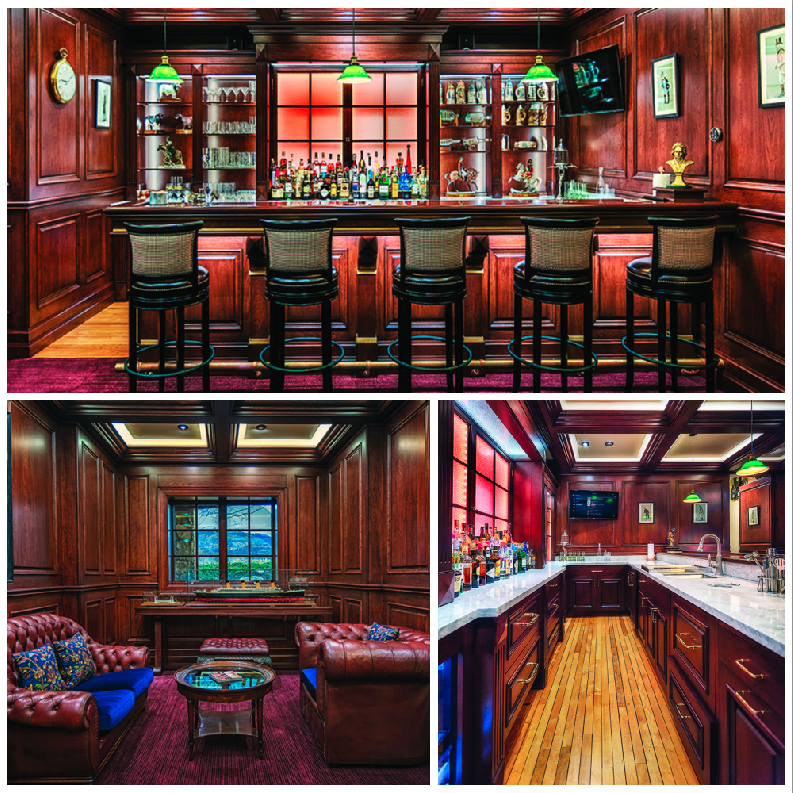