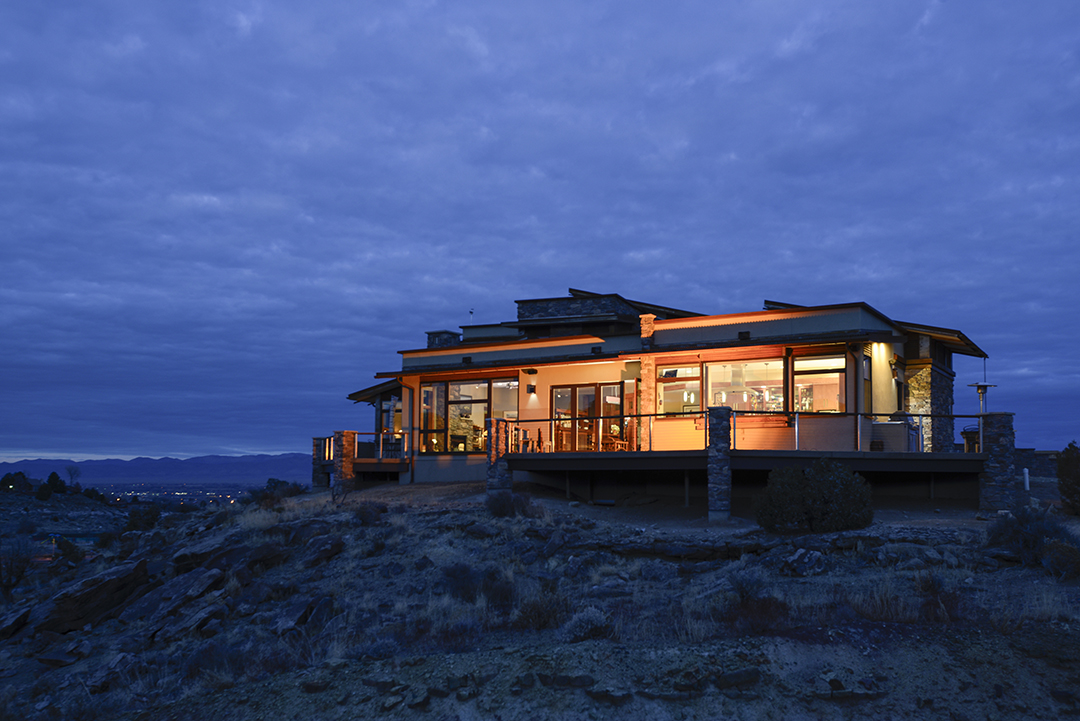 ABOVE: The 3,000-square foot “high desert modern” house appears as if it grew out of the hillside. Lots of windows provide sweeping views and help regulate indoor climate with motorized shades.