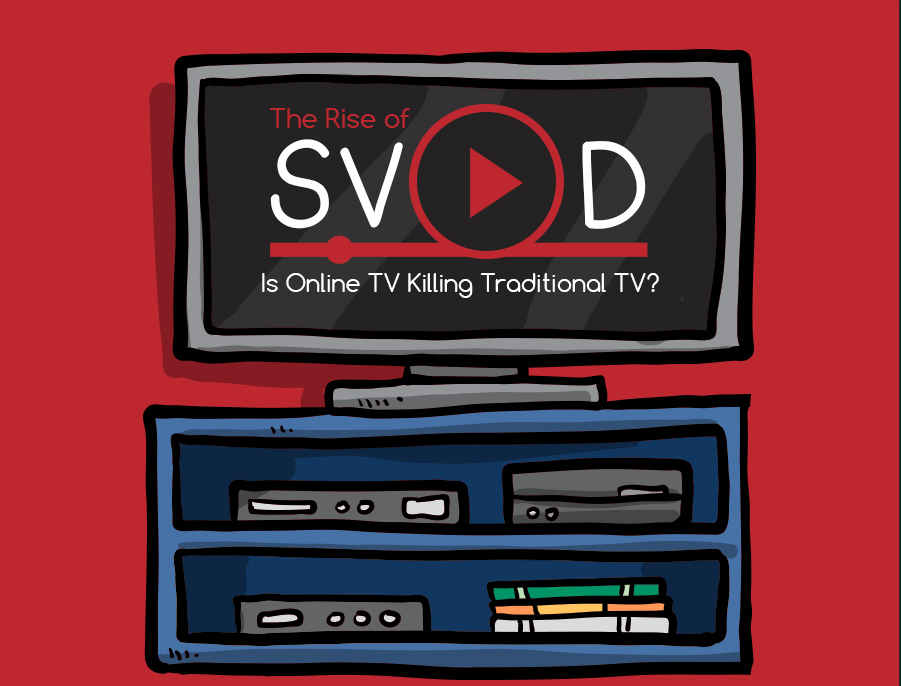 With the rise in SVOD (subscription-video-on-demand) streaming services such as Netflix, Amazon Prime, and Hulu, the internet has become increasingly important in the way that consumers now watch television. But is online TV killing traditional TV? Check out this infographic with statistics on how people in the United States and the United Kingdom are consuming their shows and movies.

Online TV and video services are forecast to generate $42 billion / £30 billion in global revenues by 2020. Over 50% of consumers state that they watch streamed on-demand video content at least once a day, up from 30% in 2010. While traditional TV still remains strong, it is linked to age and one in four consumers completely cut or pared back their traditional TV services in 2015.

A big thank you to the creator of this infographic, Drew Burstein, owner and director of Frame Your TV.
Tags: audio/video movies streaming
Category SMART HOME TRENDS
Previous
Next