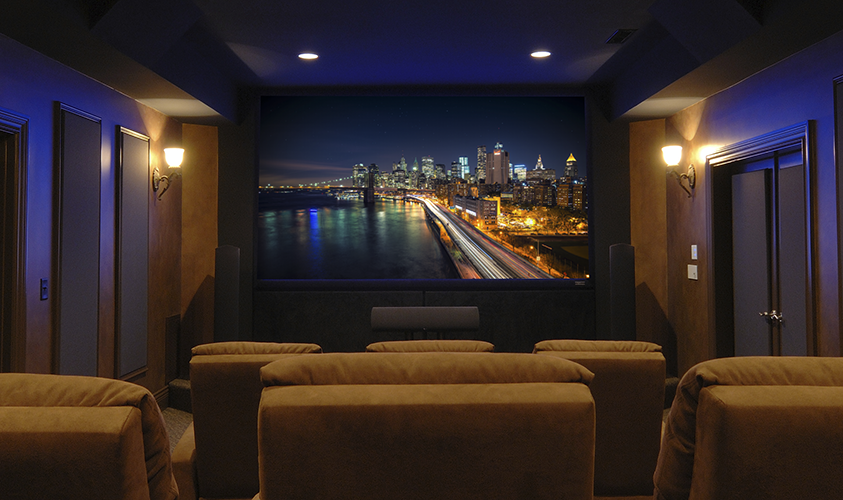 By Guest | Posted May 26, 2015
If you’ve gone TV shopping in the past two years chances are you’ve heard the terms “4K” or “Ultra High Definition TV” (UHDTV). These both refer to the brand new, next-generation video standard that is going to usher in some of the most spectacular and lifelike images ever seen.

Among other improvements, both of these terms describe the pixel resolution these new sets deliver, featuring four-times the resolution of current 1080p sets, providing both twice the vertical and horizontal resolution. Together, these 3840 horizontal and 2160 vertical pixels deliver more than eight million pixels on screen – compared with just over two million for 1080p – producing incredibly realistic images with stunning detail.

But if you are buying a new 4K TV, you probably want to make sure that you are capable of viewing true 4K images and not find yourself stuck living in last year’s 1080p world. That’s why we’re discussing true, native 4K versus Faux-K to make sure your new TV delivers everything you paid for.

It is important to understand that any fixed-pixel device—like your new Ultra High Def LED flat panel—will display every incoming signal using all 8 million of its pixels. Yup. Throw in that VCR tape of the grandparent’s 50th wedding anniversary, view the original, non-Special Edition Star Wars LaserDisc, watch a DVD of Frozen, catch ESPN via high-definition cable or satellite, or even your old NES (Nintendo Entertainment System) or Sega Genesis game system. All of it will utilize the new TV’s 8,294,400 pixels.

The TV uses processing to upscale the incoming video signal to fill the display, but older, non-HD material will likely suffer in the process. (Rest assured that 1080p images upconverted to 4K look quite amazing!) So, while this is technically 4K resolution on the screen, it’s definitely not the real deal.

Just as the TV can upscale images, other devices—like some Blu-ray players or audio/video receivers—can also upconvert images to 4K resolution. While there are definitely differences in the quality of video scaling, and using an external device like your receiver or a dedicated video processor could produce superior images to the TV’s internal scaler, this is still a case of creating extra pixels out of thin air and is also not true 4K.

This is the trickiest and most treacherous Fauk-K out there, and if you aren’t careful, this one could end up meaning you get No-K on your new TV! There are some devices promoting themselves as being 4K or 4K-Ready when in fact they won’t actually support true 4K signals when they arrive.

That’s right. Instead of watching amazing images from that new Sony Ultra HD Media Player, new Dish 4K Joey, or the upcoming Ultra HD Blu-ray, you’ll get 8-million pixels of nothing if your TV and video distribution system doesn’t support a new standard known as HDCP 2.2.

HDCP stands for High-bandwidth Digital Content Protection and it has actually been around since 2000. Content creators have always been concerned with piracy, but these concerns ramped exponentially when material started releasing in pristine high definition formats. HDCP was developed by Intel to prevent people from copying protected digital content and it continues to evolve as new technologies are introduced.

HDCP works by having the transmitting, source device—like a cable box, Blu-ray player, or media player—initiate a digital “handshake” that passes through all of the devices it is connected to. This creates a secure, theoretically unbreakable signal chain. Each “repeater” device the signal passes through decrypts the signal, then re-encrypts it and retransmits it along, confirming it is secure and that it is authorized to pass on the signal. The display, or TV, at the end of the chain is known as the “sink” and ultimately responds with an “OK to send” handshake telling the source everything is on the up-and-up. When it all works, you get a pristine image on the screen. When it doesn’t, you get nothing.

With the introduction of 4K UHDTV, a brand new, even more robust version of HDCP was developed, 2.2. And for UHDTVs to display a true 4K image, every link in the digital chain must be HDCP 2.2 compliant. And, unfortunately, there is no upgrading a non-2.2 device.

This means some early adopters may have purchased TVs boasting 4K resolution but that aren’t HDCP 2.2 compliant. Or if other devices in the video distribution chain—such as an A/V receiver, video matrix or balun to send video long distances—aren’t HDCP 2.2, they will be unable to enjoy true 4K content. (HDCP 2.2 only concerns itself with protecting UHDTV content, so if you are only concerned with viewing traditional 1080p material like current Blu-ray discs or cable/satellite programming, then you won’t have an issue, even when viewing it on a new 4K TV.)

If you are planning on designing a system that utilizes remotely located components with a centralized video distribution system routing multiple sources to multiple TVs around a home, then pay strict attention to make sure that all of the components in the signal chain path – audio/video receiver, video switch, or video transmitter/receiver, and TV – are HDCP 2.2 compliant. Otherwise, you’ll likely end up missing out on the splendor of the true 4K experience you paid for.

Control4 recently announced new HDCP 2.2 compliant audio and video distribution switches, bringing 4K Ultra High-Definition content distribution to smart homes across the world. The new solution provides the ability to distribute 4K content, including copy-protected content, to every room in the Control4 Smart Home without the need for additional hardware or software.

What exactly you will need to enjoy 4K UHDTV? Take a look at this checklist to make sure you’re ready! To learn more about the new 4K Media Distribution Solutions—or to get them into your own Control4 Smart Home—reach out to your Control4 dealer.