Sometimes in the world of automation it’s easy to forget how the un-automated live. I recently moved into a new place that did not yet have my Control4 system installed. I went to turn on my TV, wanting to watch DirecTV, which worked fine using my DirecTV remote. But then I decided to watch something on Netflix via my Apple TV. I sat and stared at my DirecTV remote, pushing every button I could think of in an effort to get my Apple TV menu on the screen. I was not successful. 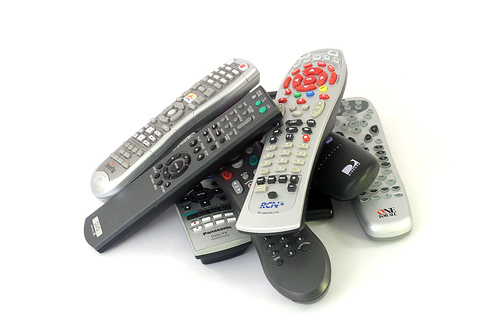 Instead, I had to dig through boxes to find my TV remote (which I hadn’t used in years), also had to find my Apple TV remote and Blu-ray player remote while I was at it. Suddenly I had 4 remotes sitting on my coffee table and with all that, I couldn’t even turn the lights off when I was ready to watch a movie. When I made a stink about never being able to reach the remote I needed and walking to my light switch, my friends gave me looks of extreme disdain and said, “Welcome to real life.” Well it made me mad. Who says that has to be real life? What genius decided that every time I want something new in my living room, I have to get a new remote and learn how to control it. They then criticized me for sounding like their grandparents and being unbelievably lazy. Here’s my response:

A wise man once said, “Laziness travels so slowly that poverty soon overtakes him.”?  Here are some other inventions which might have initially seemed frivolous:


Want something more modern? Let’s just try the TV remote in and of itself. The plain old remote that just controls your one TV, should we complain about this device and how it has empowered us to be lazy? What about the microwave? Indoor plumbing ? All these things are unnecessary, we had solutions that worked just fine: buttons on the front of the TV, ovens, and outhouses.

I guess in the end, my response is to once again quote Benjamin Franklin, “A life of leisure and a life of laziness are two things.”
Previous
Next