Commentary: "Top 10 Emerging Tech Trends That Will Change Your Home"

According to this post on Electronic House by Lisa Montgomery:

There’s a lot of innovative technology looming on the horizon, ready to change the way we use, live in and enjoy our homes. At the recent Consumer Electronics Association Line Show in New York City, journalists, including myself, gathered at a special reception co-hosted by CEDIA (Custom Electronics Design and Installation Association) and home control manufacturer Savant, to hear about some of the biggest up-and-coming technologies expected to shake up the consumer marketplace. 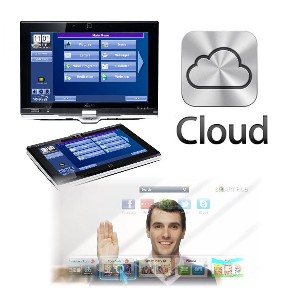 IPv6: Back in the 90s when IPv6 was first being discussed in earnest, those of us in the tech industry used to joke about "an IP address for every light switch." But that's child's play ... IPv6 provides an IP address for every molecule in the freakin' planet. Can you imagine if every device's MAC address was its IP address? Bye-bye NAT and DHCP, hello IPv6!

4K: It's interesting, when you go to an NBA or NFL game you see more fans watching the jumbotron than the actual game play on the field or the court. I'm still getting used to 1080p ... can you imagine watching everything (or everything that wasn't already in some older format) at a resolution of 4096 x 2160?! What would we see if they re-digitized old movies in 4K? Do we really want to see every pore on Grace Kelly's face?

Audio Everywhere: I can't wait to add this in my own home. I have a pair of wireless headphones that I use when I'm composing digital music at night—to allow me to hear both my computer and keyboard (piano keyboard, not computer keyboard) in a single audio feed. These use some kind of radio-based system, and they really suck. IP audio that would give me full control over the stream would be an amazing enhancement to my own life.

Cloud Life: I'm still skeptical. Before I had my Boxee box hard-wired to my home network, I would often get "buffering" messages when watching digital media over a wireless connection from my home network server. And I'm supposed to expect this kind of stuff to go away when everything actually resides on someone else's file server? Call me paranoid, but I personally suspect that the push toward cloud technology might just be a ruse to get people to re-purchase all the media they already own in yet another format...

Energy Monitoring: Anything that helps us out when my kids leave the lights on in the basement is fine by me.

Gesture And Voice Control: Why not? We're so used to Wii-like controls already, it's just one more step in that direction. My Star-Wars-obsessed son used to try to "force push" the front door open back when he was playing Jedi; this would just make that kind of thing a reality.

Mobile Control and Mobile Connection: After my recent inter-state move, it took me two weeks to find the remote controls to my A/V equipment. No worries—I had a remote control app for my Boxee on my Android phone, and was able to function perfectly well, thank you very much. We're getting closer and closer on this one.

TV Everywhere: I remember a flight I took to Hawaii with my boys, back when they were tiny. I had just bought a very early "Titanium" Powerbook laptop with one of the first integrated DVD drives. Took along some DVDs and let the boys watch them on the plane. We had a crowd in the aisle watching "Disney's Dinosaur" along with my 4-year-old and 2-year-old, and not because they were particularly interested in the movie. On my trip to Europe last month most of the kids were watching video on their phones during the 11-hour flight to Berlin. We're already there, folks.

Intuitive Home: Whatever. I'll believe it when I see it, at least when it comes to homes for "regular people." We've been conditioned to believe the Disney-esque/Jetson-ish vision of the future home, with reconfiguring walls, robot maids and self-cleaning floors and such. Notice that the image used in this slide is from Disney. Still waiting for my flying car!
Previous
Next