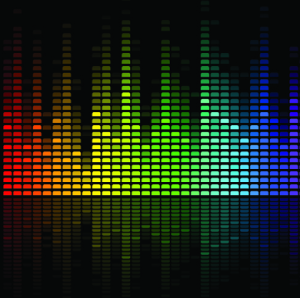 With the announcement of the Control4 Wireless Music Bridge, people living the home automation lifestyle saw their music-listening options broaden considerably. An entire universe of streaming music, talk, sports, podcasts and audio books is now available directly through your smart home audio system. But what if you just want to listen to your music? Whether you’re putting your music on a network drive or on a mobile device, it’s easy to get lost in the weeds when it comes to picking the right format for digital audio files.

Whether it’s Bach, the Beatles or Beyoncé, you first have to get your music into a format that works for both you and your devices. If you’re listening to honest-to-goodness CDs using an honest-to-goodness CD player, that’s generally an easy proposition. But if you’ll be using any other kind of music player—an iPod, Android phone, or Control4 home automation system—you have to convert your music into a playable format. It helps to know just a little bit about digital music formats and what they mean.

First, a couple of definitions:

So what’s the best format, codec and bitrate for your music? The answer is, of course, “it depends.” Actually, it depends on a couple of things.

First, how discerning is your ear for audio quality? If you’re the kind of person who thinks the sound you get from a typical “top 40″ station on the radio is just fine, you’re probably not an audiophile or music power user. If you’re one of those people who has to listen to music in an absolutely quiet room on a high-end sound system with perfectly matched speakers, then you’re probably on the other end of the spectrum. Most of us are somewhere in the middle.

There are two types of codecs, and the type you choose will depend on whether your ear requires pure perfection or not. Some codecs are “lossy,” in the sense that they compress the audio down by getting rid of “unnecessary” bits of information, sacrificing quality for economy of size. Other codecs are “lossless,” which means that they maintain the exact quality of the original source audio. Lossy compression codecs like MP3, AAC, WMA or Ogg Vorbis will always result in a slight reduction in quality, though at higher bitrates you may not even notice the difference. With lossless codecs like WMA, ALACand FLAC, you can actually re-create the original audio file from the compressed version, though at the expense of larger files.

What devices or systems will you be using for playback?

Before you decide on a digital audio format, take a moment and think about all of the devices that will be used to play your music. Just about every audio player on the planet will play MP3s, though some may be constrained by the bitrates they can decode. iPods (and iPhones and iPads) will play AAC, MP3 and uncompressed WAV and ALAC files (as well as some other, less common formats), but generally can’t read WMA or compressed WAV files.

If you’re going to be playing your music over a Control4 system, check with your dealer or the equipment specs to see whether the format you choose is compatible. Newer Control4 controllers such as the Control4 HC-800 and HC-250 will play MP3, AAC and FLAC files natively. Older controllers may not be able to play FLAC files.

So what format and bitrate should I choose?

That’s the big question, isn’t it? You can take some time to experiment, or you can take my word for it.

In my humble opinion, you can’t go wrong with good old MP3 files at a higher bitrate, because you’ll be able to play them on just about any system and device around. According to Knowzy.com, a file converted in “CD quality” (256 kbps) that takes up 2.2 MB will be 1.7 MB in “FM quality” (192 kbps) and 1.1 MB at “fair quality” (128 kbps). I would caution against using anything less than 192 kbps when converting your music. Anything lower than this flattens the sound and reduces much of the clarity—and to be honest, hard disk space is pretty cheap these days.

If you need perfection, FLAC is your friend. Because it’s a free and open standard for lossless music (the acronym stands for “Free Lossless Audio Codec”), it’s more likely to be supported by more players. Of course, if you import all your music as FLAC files and someday decide to change to another format, your source file will be an exact copy of the original.

Since hard disk space just gets cheaper and cheaper, a better (though more time-consuming) approach would be to convert everything to FLAC and then create MP3 files at either 192 or 256 kbps so you have both versions. It just depends on your specific preference.

There’s still some room for experimentation … so do a little testing if you still aren’t sure. You can use iTunes or another audio conversion tool to convert CD tracks into various formats and bitrates. If you’re using iTunes, open the Preferences and choose the “Import Settings” on the General tab. Convert the same track several times using different codecs and quality settings, then listen to them in a quiet room and see if you can tell the difference. Most people can’t discern between MP3 files imported at 192 kbps versus 256 kbps, but a careful listener can easily hear the difference in quality between 192 and 128 kbps.

What codec and bitrate have you used for your music collection? Have you ever changed your mind and had to re-convert your entire catalog of CDs? Let us know in the comments below!