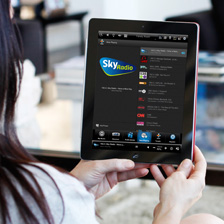 This post comes to us from Glenn Clapp, Director of Embedded Software for Control4.

I have been listening to Internet radio for years. There have been a number of websites and services that provided lists of Internet radio stations, but Internet Radio has generally been hit-and-miss and a pretty geeky way to listen to the radio. Keeping up on what stations were alive and what had gone “off the air” is too much effort.

When TuneIn came along, all that changed. TuneIn has set the standard for scouring the globe for Internet radio stations and keeping the ever-changing list current. TuneIn changed the way I listen to almost everything.  I haven’t bothered to hook up the AM/FM antennas to anything in my home in years and only listen to over-the-air radio in the car.

I like certain radio shows that are aired when I can’t be around to listen. I used to pay a subscription fee to listen to some shows from the show’s website when I had time to listen. Those subscription fees can add up fast. TuneIn tracks radio shows along with the stations that play them so, I can usually find the show I want to hear playing somewhere almost any time of day. It felt good to let my paid subscriptions lapse.

Before I had a Control4 system, I used Logitech Squeezeboxes in almost every room for TuneIn. When I installed whole-house audio with Control4, I kept the Squeezeboxes for the TuneIn radio and had a bit of a mixed listening environment. The Control4 system did everything else, but I couldn’t give up having TuneIn.   At last with OS 2.4, Control4 brings TuneIn Internet radio to my home audio and the Squeezeboxes can find their way to family and friends. Christmas shopping…done!

Most of the music and talk radio shows I listen to in the house now come from TuneIn via Control4. The morning starts with my wife’s favorite station. A quick tap of the “Dog Music” button as we leave for the day keeps the pups happy in their kennels (or so they claim). When arriving home, some nostalgic blues from a French radio station starts up in the garage (the French seem to really like John Lee Hooker, and who can blame them?).  As the night wears on, some mellow Jazz or standards set the mood.  My wife Kara and I enjoy browsing stations from around the world and saving favorites when we find something we like. Neither of us could have guessed that the first radio favorite we saved in our Control4 system was an Indian music station from, you guessed it, India. Kara said “Oh, that one is cool! Can we save it?” Yes, we can.

Internet radio has provided Kara and I with a great deal of enjoyment with diverse music and programming from around the world.  Internet radio is no longer a geek-only way to listen to the world’s radio streams, but is now simple everyone. TuneIn with Control4 OS 2.4 gives my family a level of variety and enjoyment we have not had before. If you ask me what I’ll listen to next, I can only say “I don’t know. Let’s try something new. It may be a new favorite.” 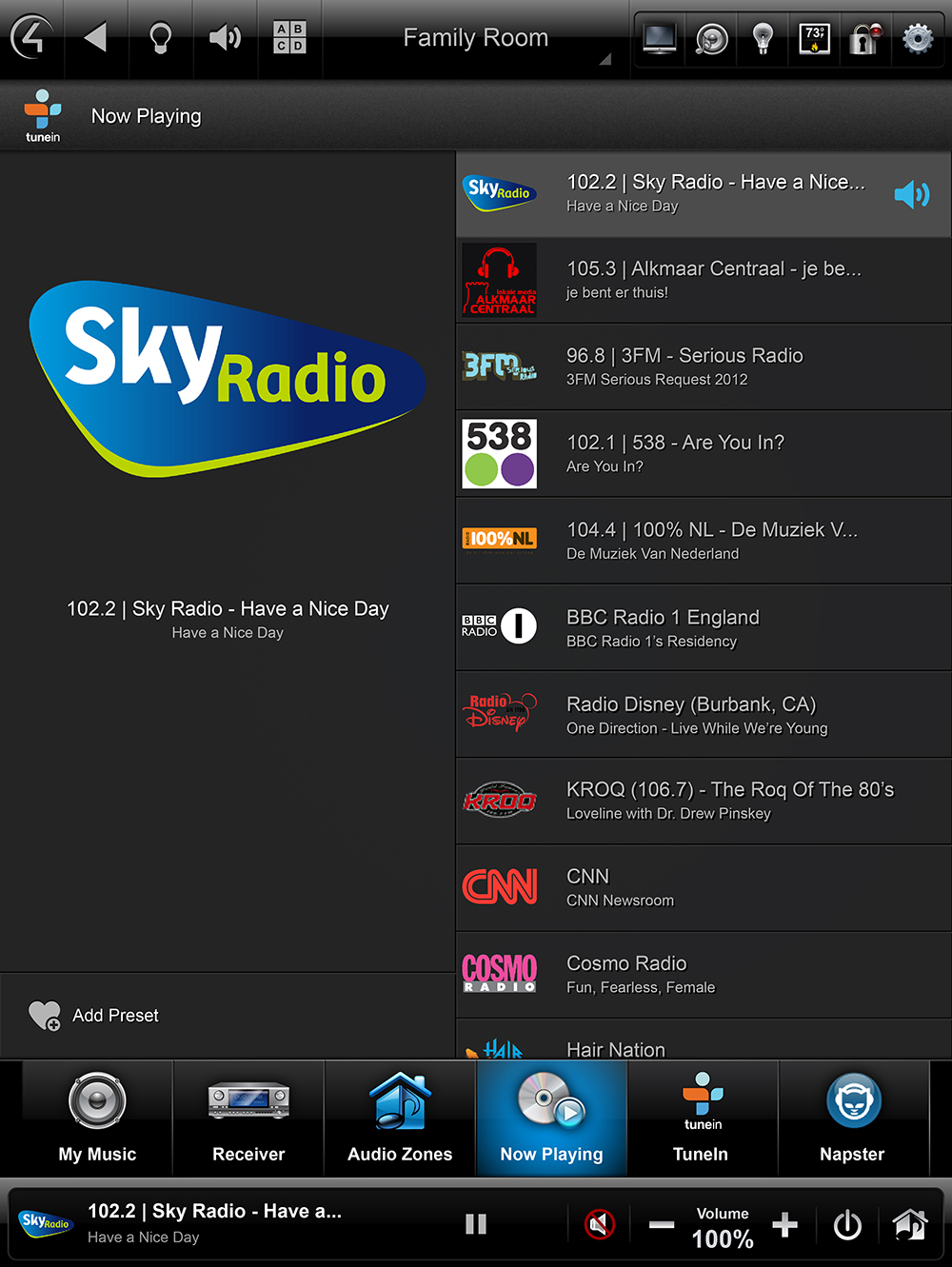